The Health Policy Institute of Ohio has released the latest edition of its Health Value Dashboard. The dashboard ranks states and the District of Columbia on a combination of population health and healthcare spending metrics, and placed Ohio as 46th in the nation in health value.

The 2017 Dashboard takes a comprehensive approach in looking at health by including social, economic and physical environments in its evaluation.

According to HPIO, the Health Value Dashboard shows that Ohioans live less healthy lives (43rd in population health) and spend more on health care (31st in healthcare spending) than other states.

The HPIO’s news release quoted its President Amy Rohling McGee as saying, “Ohio performs well on access to care, but poorly on population health. Access to care is critical for people who are sick, experience an injury or have a chronic health condition.  However, access alone is not sufficient to improving overall health. Ohio performs poorly on other important factors that impact health value.”

The 2017 Health Value Dashboard is the second edition of the rankings. HPIO released its first Dashboard in late 2014. Ohio ranked 47th in health value in the inaugural edition.

Like most states, Ohio’s performance is moving in the right direction, with more metrics that improved than worsened in recent years. However, there are a number of metrics in which Ohio ranked in the bottom quartile.

Among Ohio’s key challenges are adult smoking, drug overdose deaths, infant mortality, food insecurity and average monthly marketplace premiums. Its strengths were found to be  reductions in the percent of adults reporting that they went without care because of cost, heart failure readmissions, youth all-tobacco use, youth marijuana use and the unemployment rate. Disparities were also found in children exposed to second-hand smoke, neighborhood safety, uninsured adults and adverse childhood experiences. Read more about Ohio here

The data collection and analysis for the dashboard was conducted in partnership with the Ohio University Voinovich School of Leadership and Public Affairs. The metrics were selected by a wide array of experts who participated in an advisory group and workgroups convened by HPIO.

Why I'm A Member 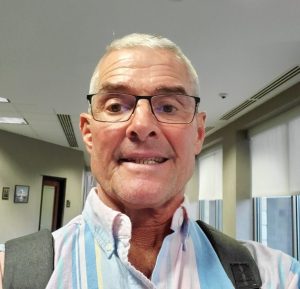 “As a retiree, membership of the Ohio Public Health Association (OPHA) is extremely important to me. I feel connected to current Public Health in Ohio and OPHA provides a level of intellectual engagement that transcends my past working life to a new path of personal fulfillment. Serving on the Governing Council, committees, reading posts, offering my input, all keep me active and involved. As a Registered Nurse, attending conferences with CE offerings provides a venue to keep my licensure current and I find the Public Health Nursing section extremely progressive.”
– Pete Denkowski, MS, RN